In order to supply a remote, elevated region with water in Waterford, a water reservoir is installed and filled by a pump in the valley. The pump will be switched on and off, depending on the filling level of the water reservoir.This project can be seen working in Ireland.

The following requirements must be fulfilled: 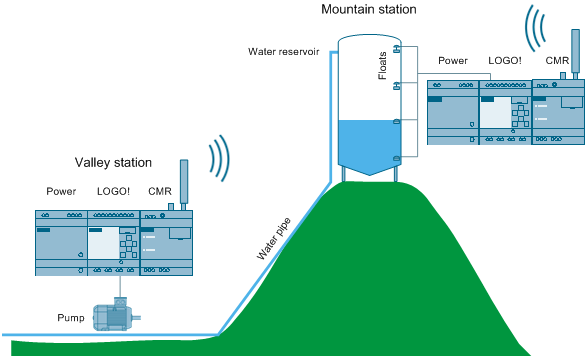 A LOGO! 8 controller and a LOGO! CMR communication module are installed both in the valley as well as on the mountain. With the aid of LOGO! CMR both controllers can communicate with each other via SMS.The filling level of the water reservoir is monitored via four commercially available floats.

Pressure controlled Pumps for Local Authority in the South of Ireland

A water supply system is required to give maximum availability, to ensure this, several pumps are cascaded. To cover variable water demand flexibly and at the same time cost-effectively, the obvious choice is a combination of variable and fixed-speed drives. While the fixed-speed pumps cater for the basic load, one pump regulates the variable peak demand.
As well as the automatic mode described above, it must also be possible to operate each pump manually. Intelligent combination of SINAMICS G120P variable-speed frequency inverter with SIRIUS 3RW40 soft starters using energy-efficient low-voltage motors operated at fixed speed enables energy savings of up to 65%.

The motors used are the high-efficiency IE3 which reduce energy costs and protect the environment. 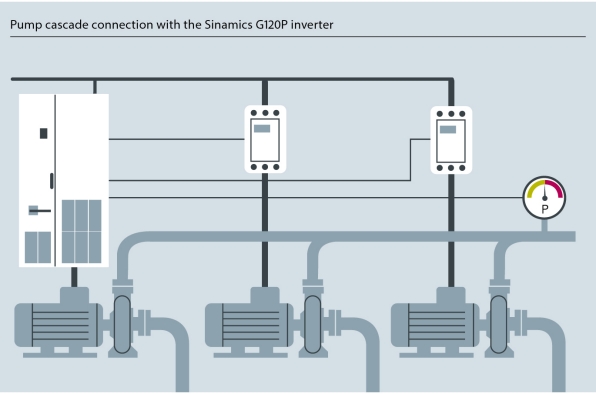 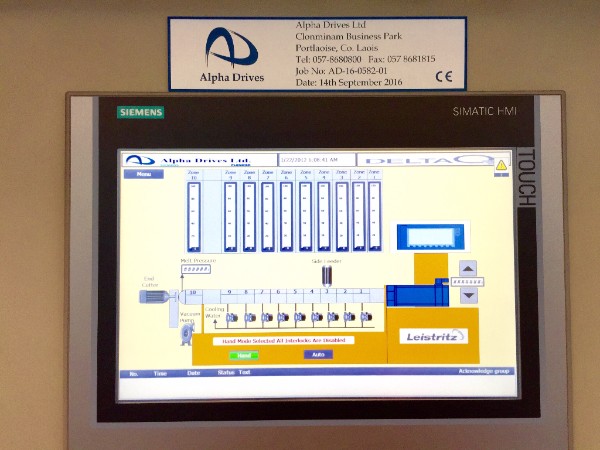 The original controller was replaced with an S7 1200 PLC and TP 1200 touchscreen panel.It was programmed with a SIEMENS TIA portal using temperature control PID blocks to control heating and cooling of the extruder barrell. 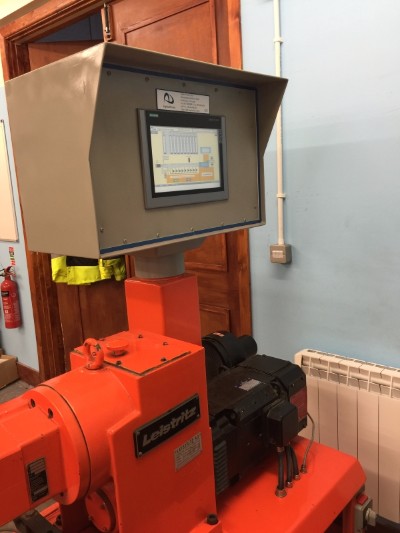 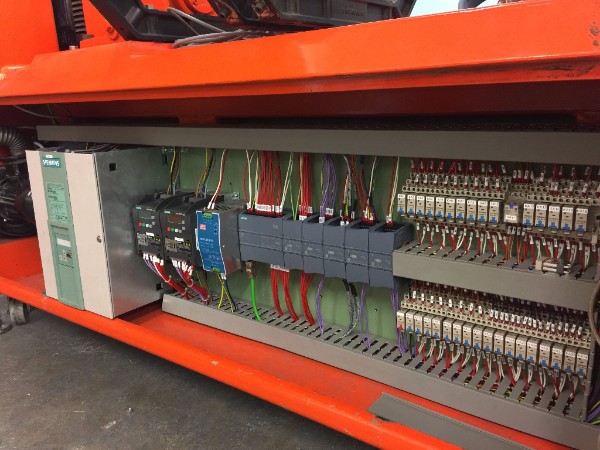 We replaced the DC drive on the main motor with a SIEMENS DC Master and retrofitted AC Drives and motors onto the feeders and the die faced cutter.

The Unit was programmed and commissioned in accordance with customer specifications. 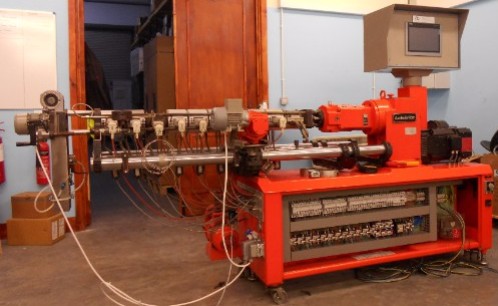 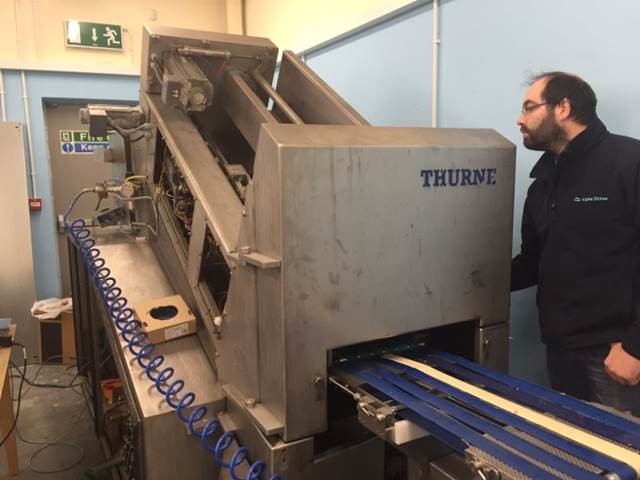 We recently upgraded a Thurne Bacon Slicer because of reliability issues, these were mainly due to an outdated PLC and HMI. The original PLC and HMI were replaced with a SIEMENS S7-1500 PLC and HMI. 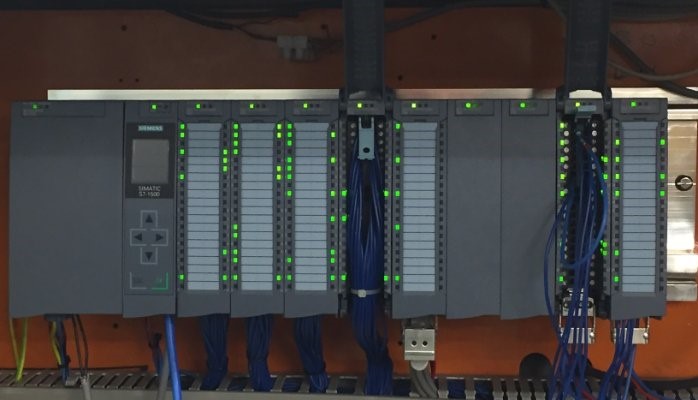 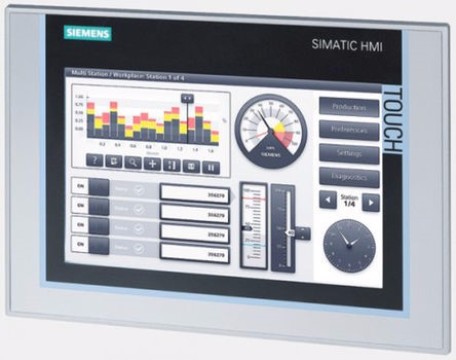 We collected the machine and at our workshop and stripped it down. The relevant automation and control hardware was replaced with Siemens equivalent. We also upgraded the control wiring. Once completed we tested the machine in our workshop including the weighing system with actual product. The machine was then returned to site and commissioned in a production environment. 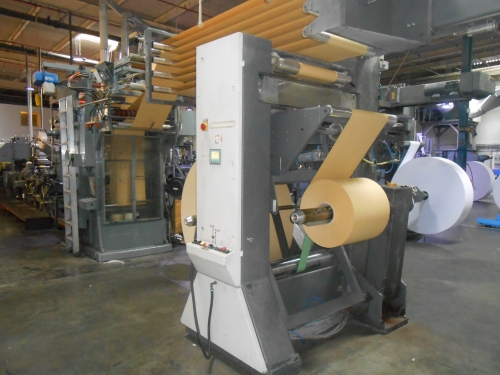 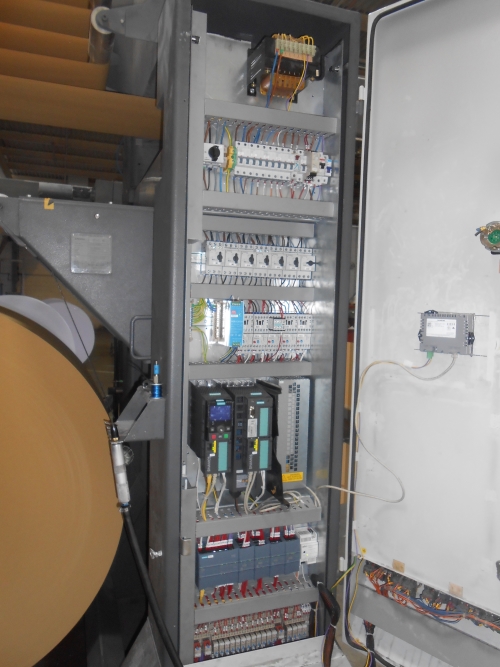 The second drive was set up in a standstill torque control configuration. This enables us to keep a constant tension on the paper feed regardless of the speed of the outfeed. 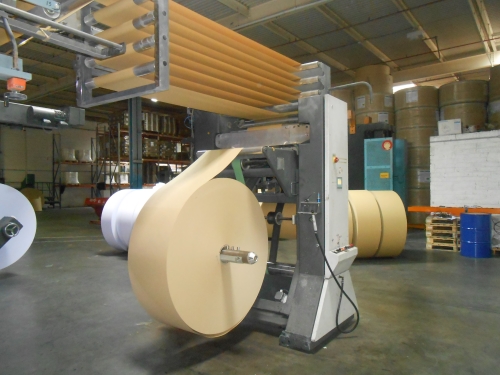 The machine was put through a full test sequence during the commissioning phase which identified a number of electrical and mechanical issues which had previously gone unnoticed.

Once these issues were resolved the performance of the splicer was greatly improved.